Most projects use documents, as sources of information and as outputs to customers or other groups. The legal or commercial significance of documents forces most projects to have a document-centric process. So, irrespective of the extent to which the data-centric approaches of requirements management and systems engineering are being used, the project is typically managed by the issue states of its key input and output documents.

This forces each project to accept documents, work with the component items inside them, and generate new documents to meet the project's commercial and legal constraints. Typically, this will be repeated many times, with new issues of each source document and new issues of each of its formal documents: 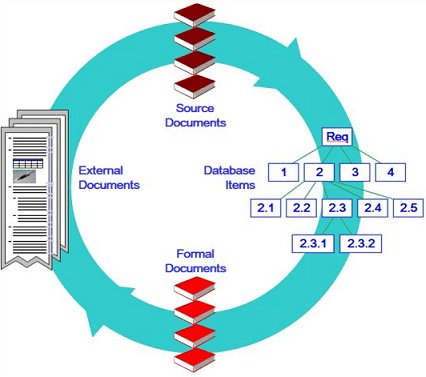 For this to occur, the project needs to:

With Cradle you can produce project documentation quickly and easily (optionally automatically), and ensure:

Cradle provides full document management whilst allowing you to work in a data-centric way, in agile processes, in more classical requirements management, and in model-based systems engineering (MBSE).

Cradle meets all of these needs with source documents and formal documents:

Cradle meets all of these needs with source documents and formal documents: 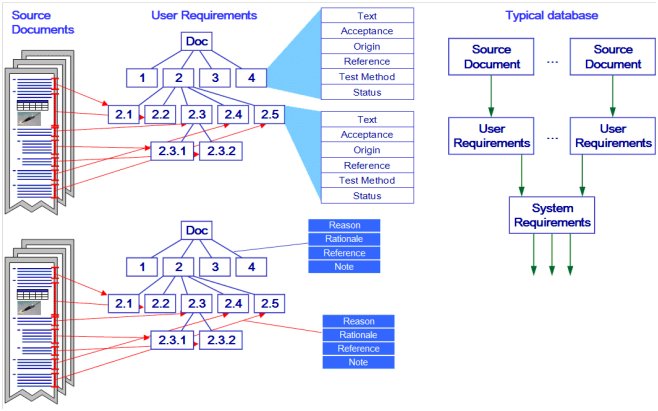 This allows you to: