Contain a representation of the logical structure of a system architecture, consisting of components (can be described and decomposed) and elements (cannot be described or decomposed). Both can be shown as rectangular, triangular and circular symbols, to follow an optional project-specific convention.

Components are described by equipment specifications and can be decomposed to lower-level diagrams:

AIDs are hierarchical. Their connectivity is:

AIDs can only appear in models in the Implementation Domain.

The numbering system for AIDs is alphanumeric dot-decimal.

An example AID is: 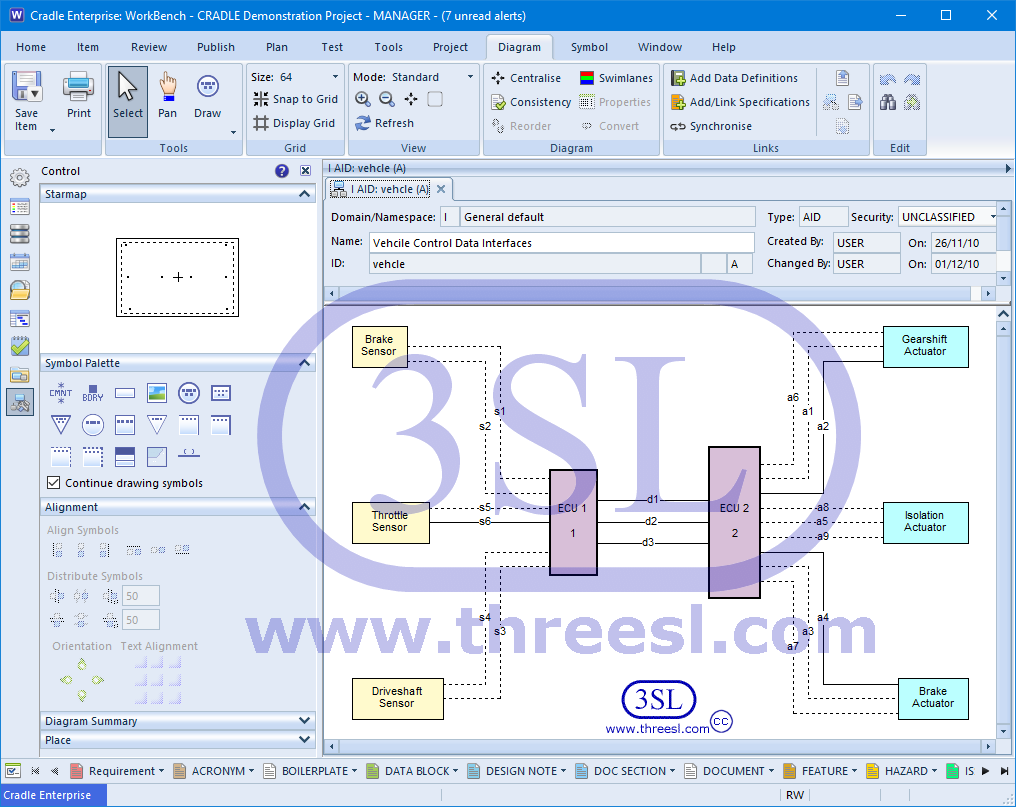 The symbols available in AIDs are: