Classes that have a distinct lifecycle, that is, which are believed to exhibit or provide different external behaviour in different circumstances, may be augmented by a Statechart Diagram (SCD). An SCD is a finite-state-machine that describes how the class responds to external stimuli. The stimuli are the receipt of messages by instances of the class, in the form of calls of the class’s operations.

Dynamic behaviour is described in terms of a set of potentially nested states, the transitions between these states, the events (calls of the class’s operations) that trigger these transitions, and actions that are performed, both while transitioning between states, and on entry to, whilst within, and on exit from a state.

The details of a state are shown as a set of lines of the form: condition/operation in which the conditions entry, exit, and do are, by convention, used to represent processing an entry to a state, processing whilst in a state, and processing on exit from a state.

The SCDs will initially show only terse details for states, but as iterative development progresses, the contents of SCDs and their states will become increasingly detailed.

A transition from a superstate is considered to come from any or all of the states directly within it.

At each level of state nesting, there may be any number of superstates. For example, an SCD may contain some states and two superstates, each with states nested inside it.

SCDs are not hierarchical. Their connectivity is:

SCDs are available in models in both the Essential and Implementation Domains.

Each class may have zero or one SCD, which will be numbered and named to match the class. A class’s optional SCD therefore augments the description of the class shown in the CD(s) and described in the class’s specification.

An example SCD is: 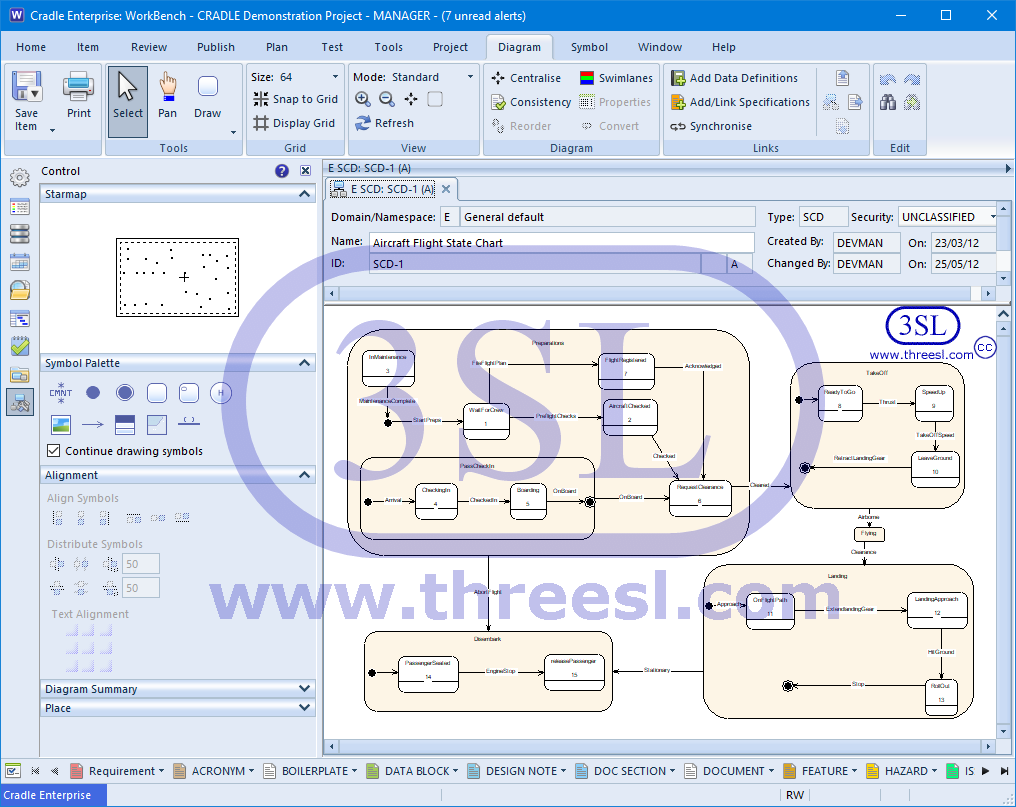 The symbols available in SCDs are: