UCDs are used to describe the interaction between a system and its environment. They form the topmost level(s) of an OO model. An OO model can either be the sole content of the analysis or design modelling domain in a Cradle project, or any number of OO models and can be contained within each domain. An OO model may be the expansion of any process in a DFD.

A UCD represents the environment as a set of external actors, each of which is defined in an environment specification, whose name and number are taken from the actor name. This means that the definitions of actors will be shared between all UML models that reference them. These actors participate in classes of interaction with the system. Each class of interactions is called a use case.

Each use case has a description in a specification. Cradle provides a number of default frames in such specifications, to allow a sensible division of the often large amount of text needed to properly describe the use case. These frames are:

A brief summary of the use case should be entered in the TEXT frame.

Each use case contains one or more possible sequences or flows of events between the system and the environment: a normal sequence, and sequences that relate to alternate cases or error handling situations. A scenario is a particular route through the normal, alternate, or error use case flows, and are normally chosen sensibly to highlight a particular alternate sequence or to describe a particular exceptional case.

Lower-level UCDs can be created below the use cases in the top-level UCD to:

In the top-level UCD, the system is shown as a single rectangular system symbol which has a name and expands into a top-level Package Diagram (PD).

Lower-level UCDs are not allowed to contain a system symbol, to ensure that there is only one entry point into the hierarchy of PDs for the component, process, and deployment views that contains the implementation of the OO model.

UCDs are not hierarchical and the connectivity is shown below: 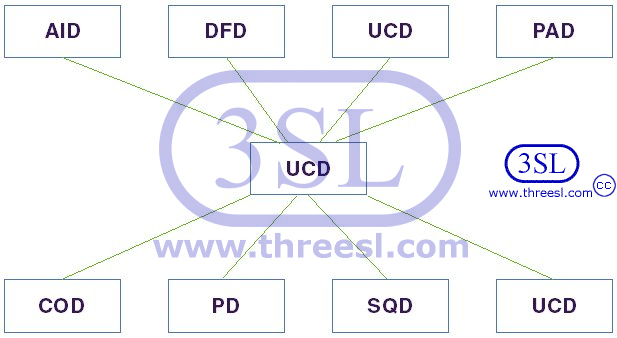 UCDs are available in both the Essential and Implementation Domain.

An example UCD is: 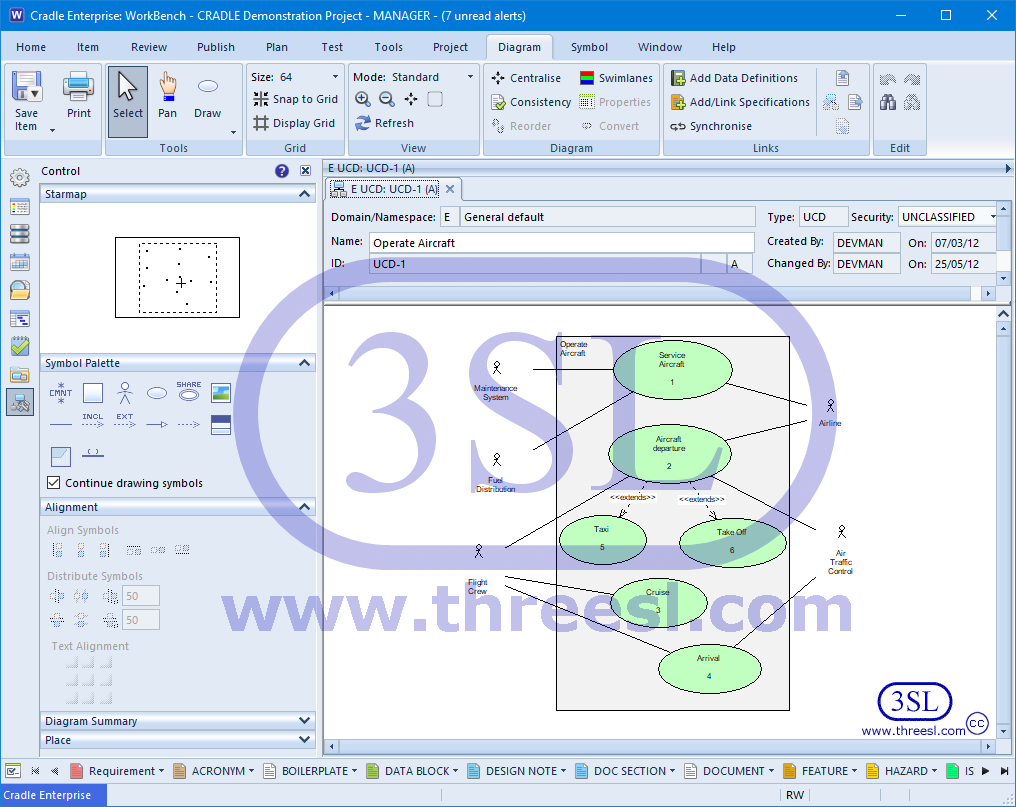 The symbols available in UCDs are: