8 May Victory in Europe Day

This day celebrates the formal acceptance, by the World War II Allies,  of Nazi Germany’s unconditional surrender of its armed forces in, 1945.

2020 marks the 75th year since this historic agreement was reached, ending years of battle of an unprecedented  scale. However, it was a further three months before fighting ceased in Japan.

There are many fewer people these days with personal memories of the conflict and the final resolution. These special days help us remember the sacrifices made by so many on behalf of the countries for which they fought. Hopefully we learn from the problems of the past and use it to guide us to a peaceful future.

Today, of course, we have a different solider, the care worker, battling a different kind of enemy. So please make your celebrations of VE day known, but do so safely #StayHomeSaveLives. In memory of all those who, fought and died 3SL salutes you.

There are many ways to celebrate  and a number of websites with details. 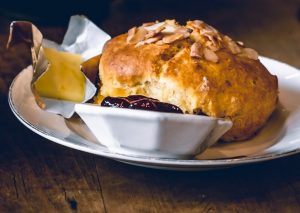 Whether you intend to mark respect with silence. Hold a tea party at home in place of the street party that should have been, or clear your throat to sing “We’ll meet again”. Here is the UK timetable.

11am: A two-minute silence  to honour the service and sacrifice of the wartime generation and reflect on the impact of coronavirus across the world.

3pm: National toast to the heroes of World War Two.

7pm – BBC One: A one hour special of the One Show dedicated to VE Day.

9pm – BBC One: Address by the Queen, broadcast at the same time her father, King George VI, gave a his radio address on May 8, 1945.

9.10pm – BBC One: Nation is invited to join a rendition of Vera Lynn’s “We’ll Meet Again“.